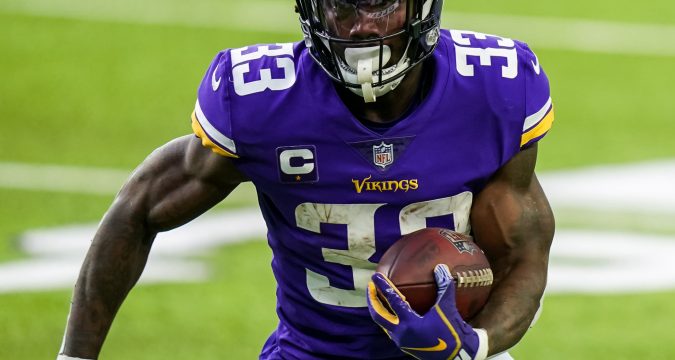 The second game in tonight’s Monday Night Football double-header will feature the Philadelphia Eagles, who will be playing host to the Minnesota Vikings. Kickoff is at 8:30 PM ET on ABC. We’ll be locking in on Dalvin Cook in this one, as Minnesota’s superstar running back headlines our favorite Monday Night Football Props for Week 2.

Minnesota’s offense looked explosive as ever in Week 1 when they thrashed the Green Bay Packers. Led by Cook, Kirk Cousins, and Justin Jefferson, the Vikes have the potential to be one of the NFL’s most explosive offenses in 2022. This trio will look to lead the Vikings to a 2-0 start to their season if they can win their first road game of the season.

Dalvin Cook has a strong case to be considered the most consistent running back in football. Since 2019, he ranks 1st among all players in total yards from scrimmage and 3rd in rushing yards. He’s in some pretty impressive company as a runner, trailing only Derrick Henry and Nick Chubb over the last few years.

In Week 1, Cook erased any concerns regarding his 2022 outlook. He converted his 20 carries into 90 yards and played a sky-high 77% of Minnesota’s offensive snaps. Despite a more aggressive offensive play-caller in Kevin O’Connell, Cook remains central to the Vikings’ offense.

The former Florida State RB was as involved in Minnesota’s Week 1 offense as any running back across the league. Dalvin’s 77% snap share trailed only Christian McCaffrey, Saquon Barkley, and Leonard Fournette last week. It seems safe to say that Cook will remain a workhorse back with Minnesota’s new coaching regime.

Furthermore, his 25 Week 1 opportunities (20 carries plus 5 targets) were immensely encouraging. Cook is in some elite company on the opportunity share leaderboard thus far, as he accounted for 25 of the team’s 60 opportunities in last Sunday’s win over Green Bay.

Cook logged a season-long mark of 71% of Minnesota’s snaps in 2020 and followed it up with another 71% season-long snap share in 2021. The moral of the story: Cook is all but guaranteed to be on the field for around three-quarters of Minnesota’s plays this season.

Additionally, if we only look at games where Cook remained healthy and finished the game, this looks like even more of a smash spot. Cook has either been limited due to injury or forced from a game early on six occasions since 2019. In his 36 “full” games over the last few years, he’s reached this over in 27 of 36 games, good for a 75% hit rate. He averaged an incredible 21.2 rush attempts and 102.3 rushing yards per game in these 36 games.

Dalvin is a full go for this evening’s matchup in Philadelphia, so this over/under should undoubtedly be bumped up.

The Eagles’ run defense was slightly above average in 2021. However, they struggled mightily against D’Andre Swift and the Lions last Sunday. Swift and Jamaal Williams combined for 172 rushing yards on their 26 carries. And, even if we remove Swift’s longest run of 50 yards, he still gashed the Eagles’ front for 94 yards on 14 carries.

Philly also faced seven running backs that carried the ball more than 15 times last season. Five of them finished with at least 80 yards. In total, they averaged 18.7 carries for 79.0 rushing yards per game.

Dalvin Cook is a more efficient runner than any player on that list. If he sees anything in the neighborhood of 20 rush attempts, I love his chances to smash this line.

Dalvin Cook is once again entrenched as the workhorse in the Minnesota Vikings’ backfield. With a primetime matchup in Philadelphia on tap tonight, he’s in a fantastic position to have a big night on the ground. Look for the Vikes to feed Cook early and often on the road.

Enjoy playing our best Monday Night Football Props for Week 2 and Join us for the entire NFL season!