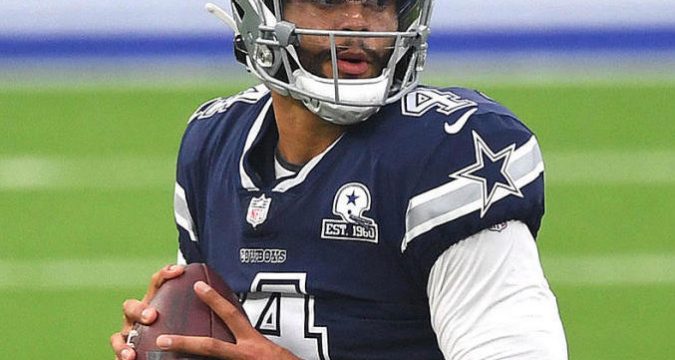 There are plenty of fantastic matchups on today’s Week 1 NFL slate. But, none stands out more than the electric Sunday Night Football matchup in Dallas this evening.

The Tampa Bay Buccaneers are on the road to face the Dallas Cowboys — kickoff is at 8:20 PM ET on NBC. These two squads opened the season against each other last season and gave us a thriller. With the spread for tonight’s game sitting at only 2.5 points in favor of Tampa Bay, we could be in for another classic this evening.

Tampa’s stout rushing defense could force Dallas to throw a ton, so Dak Prescott highlights the best of our Sunday Night Football Props for tonight.

Dak Prescott attempted at least 36 passes in 11 of his 17 contests last season, averaging 37.6 pass attempts per game. Dallas dialed up an absurdly high 58 pass attempts for Prescott in their Week 1 loss to Tampa Bay last season. And, although we may not see quite the same volume to begin the 2022 season, Dallas should lean on their aerial attack against an elite Buccaneers front seven.

Furthermore, Prescott sat nearly the entire fourth quarter in two of his six misses last season. Dak had the good fortune of resting before the final whistle in Dallas’ blowout victories over Atlanta and Philadelphia last season. Barring injury, he should be on the field for 100% of the Cowboys’ snaps tonight.

Tampa Bay’s opponents averaged 40.0 pass attempts per game last season, good for most in the NFL.

Including the postseason, Bucs’ opponents threw the ball at least 38 times in 14 of 19 games in 2021. Essentially, anytime the Buccaneers played a quarterback that could throw the football at a respectable level, their opponent attempted at least 38 passes. Here are the five QBs that failed to reach the over on this attempts line against Tampa last season, compared to their 2021 averages:

The Bucs allowed the third-fewest rushing yards in 2021 and should continue to roll with the same pass-funnel defense that has brought them so much success over the last couple of seasons. Dallas’ running back tandem ran 14 times for just 47 yards against Tampa in the opener, and Ezekiel Elliott and Tony Pollard may struggle against this elite front yet again.

The Cowboys should lean on their passing attack all night in a matchup that could see them playing from behind, too.

Dak Prescott reached the over on this line with regularity in 2021, and he enjoyed plenty of success in plus matchups. In a home game against an elite run defense and a middling secondary, Dallas should lean on Dak and the passing game all night.

Enjoy playing our best Sunday Night Football Props for Week 1 and Join us for the entire NFL season!