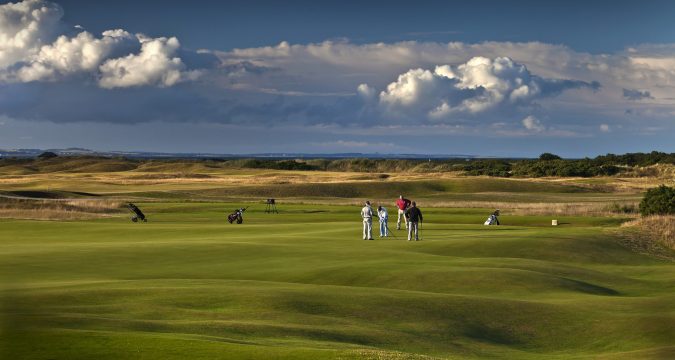 We’re back at St. Andrews, and I’m going to break down one of my favorite Open Championship prop bets of the week.

It’s a familiar course as St. Andrews will play host to this championship for the 30th time. A Par 72 that plays around 7,500 yards, there are only two holes with water in play here, but the real trouble lies somewhere in the 110 bunkers that dot the course.

There’s one guy who stands out as a value in the Top 20 prop markets, and that’s Talor Gooch. Let’s dive in.

This is one of several Open Championship prop bets I have teed up at Bet the Prop this week — join us here for full PGA prop coverage all summer long.

Golfers that don’t drive the ball far aren’t at as big of a disadvantage as you might see at other tracks. When you hit the fairway here, the ball rolls plenty.

These greens are absolutely massive, and golfers will be hitting a ton of them in regulation. The question is whether or not they’ll be in a position to make a putt (or even two-putt) given the distance and undulations that are possible on these greens.

We’ll also see a larger emphasis on the around-the-green game here as compared to a typical PGA course. There’s also plenty of inherent randomness in links golf, where seemingly good shots may not be rewarded and “bad” shots end up getting a lucky break.

Every so often, in strong fields, you get some guys that get lost in the shuffle and have inexplicable numbers. Talor Gooch is that guy this week. Basically, every finish position market has him undervalued relative to my simulator. 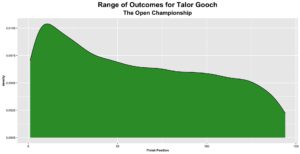 That’s a massive edge. Even FanDuel has him sitting at +380.

He did miss the cut at the US Open amidst a pretty tumultuous transition into the LIV Golf Tour. In the second event of that tour, Gooch managed to finish in 7th place. Since the start of 2021, he’s made 31-of-40 cuts and has 15 Top 20 finishes.